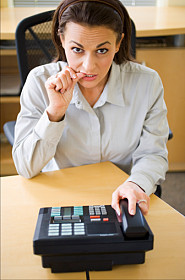 Are your staff scared to cold call?

“Always do the things you fear the most. Courage is an acquired taste, like caviar.”
– Erica Jong

Erica Jong is an American author who wrote about fear, usually her own, and how she managed her life despite those feelings. Her quote is great advice for anyone feeling the grip of fear.

Fear is very a common human reaction and an important part of our survival processes. Fear helps us avoid situations that are dangerous and which could result in our death. However not all things that are scary will actually lead to physical death and we do need strategies to continue to engage in our lives despite our natural fear reaction.
The thing that sales people find the scariest is usually prospecting and specifically, cold calling. Going into the unknown and facing the risk of rejection (i.e attack) will paralyze the average sales person into a state of non action, or freezing, or compulsive business where they do not have the time to do any selling yet feel productive as they are working hard. It is a very small percentage of people who can face their fear and fight on despite it.

When I write about cold calling in this blog it seems like such a trivial thing, but the effect on most of us when confronted with the physical reality of the phone or being on the street door knocking is real and usually very daunting. Our mental danger radar does not distinguish the risk of verbal attack from the physical, so our fear response can be just as strong when the risk is verbal humiliation rather than actual physical harm. To our brain, the risk and thus the fear response, is the same no matter what the nature or source of the attack.

I know from the 20,000+ candidates we have tested using our sales IQ system, Sales Inventory Profile or SIP, that less than 5% of the general population are able to cold call consistently. Consistently, meaning for several hours every day, week in and week out for years.

Another 10% will, as Erica suggests, come to be able to tolerate it given time to acclimatize themselves to the process and with some support from their organization. 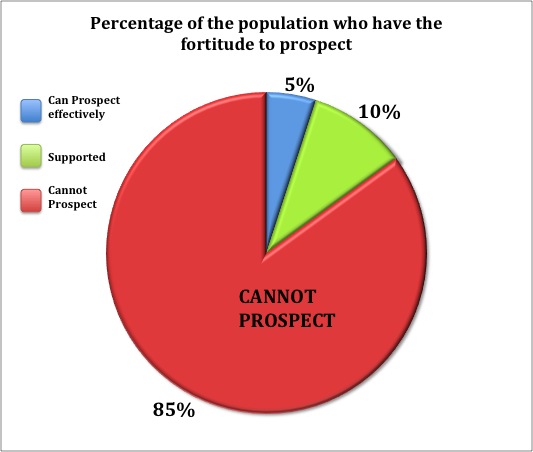 So how do you find these precious 15% who can become new business sales people?

No longer do you need to have literally 100’s of people coming through your business to find the very few who don’t run out screaming or work themselves to a standstill or get sick. Using the traditional mass employment i.e hope-some-will-survive mentality within the recruitment system, the cost to the business in direct resources wasted is bad enough. But when you think of the effect on your reputation of having the wrong person on the job representing the company and the revenue not earned while we are distracted with the wrong people, the cost is catastrophic.

Then we often overlook the cost of the subtle energy drain on the other staff as they watch the carnage from the safety of their administrative roles, thinking ‘who would want to do that?’ Ultimately, the morale across the entire business is subdued by the revolving door recruitment strategy for sales staff.

It does NOT have to be that way.

It is possible to recruit from only those people who have the core capacity and inner fortitude to sell and specifically cold call, train them well so they are effective quickly, support them effectively over time and have a sales team that is stable, successful and making themselves and you lots of money. It is also possible to build a team that is admired by the rest of the organization..

No! We have been doing just that since 2008 in Australia and New Zealand. Just ask any of my clients (see our testimonials page which contains a selection of our 100+ client base) how effective it is to accurately identify sales capacity in candidates before they even interview them so that at the recruitment interview they are focused on assessing the candidate on product and cultural fit to their business and/or the market place.

If you have had enough of the revolving door system of failed recruiting lets organize a 20 minute Skype demonstration of our sales IQ system. The system has been used and tested across many industries and will work in any country where English is the primary language.

How to start?
Leave a comment on this blog or send an email to maya@salesinventoryprofile.com with your own contact details and one of our staff will call you to organize a time that best suits you.