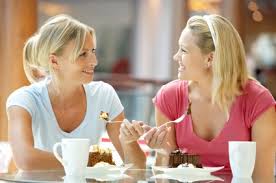 A few simple cues and small adjustments in how you relate to others can improve your life, at work or socially.