I said this as an instruction to my children as I was pulling up in front of their primary school on a very rainy day last week.

I was attempting to be funny (first mistake – humour before midday). It was an instruction to them to put the hoods up on their raincoats.

Result: anxiety and confusion first, anger second – from both children.

The 11 year old sitting next to me in the front looked at me a little perplexed, got the message when he looked for cues in my face and saw that I was smiling. The 9 year old, who is as bright as a button but sitting in the back seat and had no visual cues, sounded distressed and said “What’s the matter, I have my head on?” The 11 year old came to the rescue “It’s okay, mum means put your hood up”.

It seemed so simple to me but it totally missed the mark and created a negative effect. It reinforced how important communication is and how we should not take anything for granted, even with an audience you think you know well.  After I had left them at their school I realised just how unreasonable my statement had been. 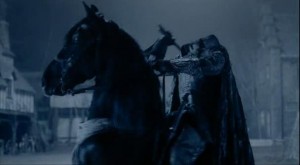 This day was the umpteenth day of heavy rain, our whole State was flooding, the dam in Sydney is overflowing (I know as an adult that it is within the dams processes but they don’t). We had just left our own garage slowly flooding through the light fitting and as we were rushing to get to school on time I was unable to do anything about it. They had asked if they would get electrocuted. I had quickly answered no but without any explanation as I was too rushed. To top it off the evening before we had watched a Johnny Depp movie called Sleepy Hollow about a headless ghost horseman in 18th century America chopping people’s heads off to find his own. As soon as he found and put his own head on he was happy to return to hell and stop killing people.

Well done mum! How far off the mark can my simple statement have gotten?

What a perfect reminder of how important it is keeping our communication simple, to the point and taking nothing for granted. How often in our business day do we communicate with people over the phone, quickly in passing and without any knowledge of the framework in their lives that affects their ability to interpret?

Having thought all this through and knowing the psychology of how the brain functions and the effect of fear I was able to reverse all of the effects of my miscommunication later that day and reassure everyone that they were safe and all is well in our world. Most of us don’t get the luxury of being able to deliver our message a second time. 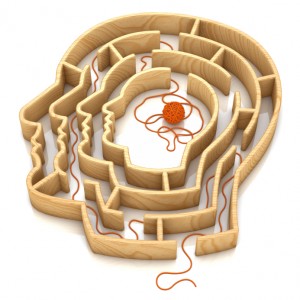 If you want to better understand the effect of our words on the way the brain works and how we process information, especially as it relates to developing trust and making decisions, I’d like to recommend my Emotions in Selling workshop. This course will show you how to keep your message within the listeners trust range so that they can continue to communicate with you rather than run for the hills and refuse to have anything more to do with you or your company.